I attended the Avonwood Primary School this afternoon for their Golden Assembly.

The photograph is of myself (Russell Clarke), along with headmaster Chris Jackson. 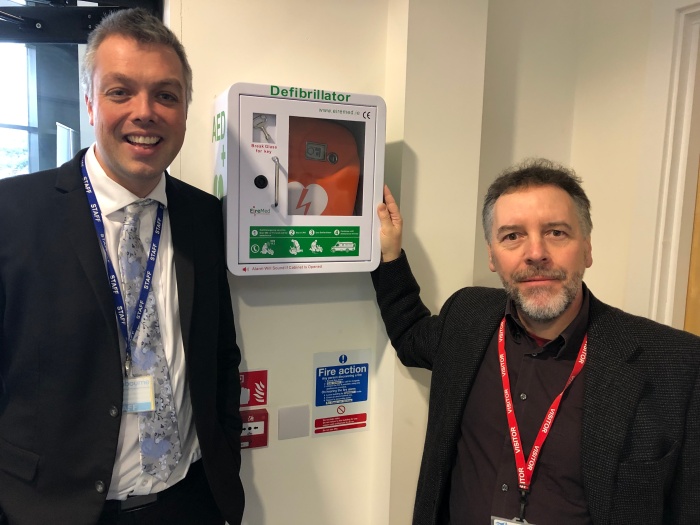 This was to explain to the children and staff who Rovi was and to talk to them about the new AED (automatic emergency defibrillator). This has been funded by us from the Rovi Jongco cup tournaments which we hold each year. This one cost £1.049.00 and is a special version that can actually be used by children.

Some of you may be wondering why we have funded an AED for the primary school, which is not used for badminton. The reason for this is that it is part of the Avonbourne Trust group of schools, who paid for the original defibrillator that was used on Rovi just a week after it was installed. So we have in effect now funded that one instead.

Avonbourne Trust have kindly given us use of the sports hall for the next tournament, which should be back to it’s normal time of the year (June/July), even though they will no longer directly be benefitting from the proceeds. Due to the rules of the trust, we will however have to pay a small amount to cover the staffing costs for the afternoon only, as the trusts rules do not permit them to cover things which don’t benefit them.

Thank you again for everyone who has supported us in our efforts to install AED’s, whether by donations, or by attending the tournaments. Rovi’s widow Sheila is extremely appreciative that something positive has come from a very sad situation, as indeed am I. Rovi will also be appreciating it too!